Developing powerful communications technology has created unlimited free communication. The negative impact of this phenomenon is when a culture that is not good from the outside is swallowed out by children who are still young. As a result, it will easily experience cultural dislocation. One of the legacies of local wisdom that are not interested in the midst of the community is the Javanese dolanan song. Therefore all efforts must be sought from the very beginning. These efforts can be done through various ways, including habituation of children to play and sing songs (songs) dolanan Javanese, which actually contains a lot of character values.

The author(s) retain/s the copyright and grant/s Al-Adabiya: Jurnal Kebudayaan dan Keagamaan the first publication rights licensed under the Creative Commons Attribution-ShareAlike 4.0 International License (CC BY-SA 4.0) which allows others to access (search, read, download and quote), share (copy and redistribute the material in any media or format) and adapt (mix, modify and develop) works for legitimate purposes, even commercially, with recognition of the authorship of the work and its initial publication in this journal. 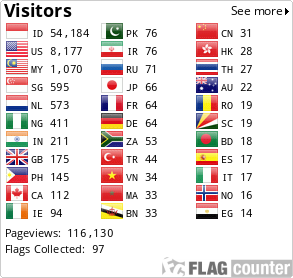 Except where otherwise noted, content on this site is licensed under a  Creative Commons Attribution-ShareAlike 4.0 International License .